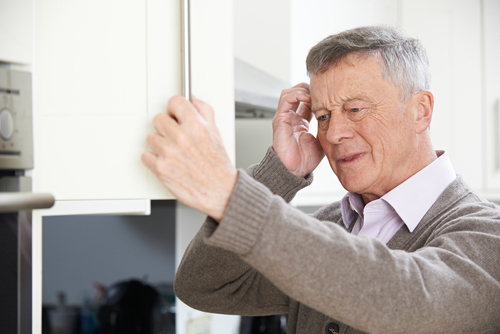 Dementia is referred as the cognitive impairment (loss of mental ability) associated with gradual loss of brain cells. And usually occurs in the elderly (greater than 65 years old).

Vascular dementia is caused by reduced blood flow to the brain, causing damage and eventual loss of brain cells.

This can develop as a result of:

High blood pressure and diabetes are the usual underlying conditions associated with vascular dementia. Other risk factors include lifestyle factors such as smoking and obesity.

Shifting to healthy lifestyle by controlling the mentioned conditions may reduce risk of developing vascular dementia and strokes later in life.

Many cases of vascular dementia start with early warning signs, including slight:

If symptoms become unusual, medical advise should be sought. Lifestyle changes and treatment may stop or slow down the course of vascular dementia if spotted at an early stage.

Left untreated, symptoms may continue to get worse.

Confirming a diagnosis of vascular dementia can be difficult, particularly when the condition is in its early stages. This is because many of the symptoms of dementia can also be caused by other conditions.

However, the importance of an early diagnosis will benefit by stopping or slowing down the progression of the condition.

A series of examinations and procedures are done to aid in the diagnosis of vascular dementia including:

Treatment will depend on the underlying cause. The following medications may be offered:

Acetylcholinesterase inhibitorssuch as donepezil (Aricept), galantamine (Reminyl) or rivastigmine (Exelon), which are commonly used to treatAlzheimer’s disease, aren’t designed to treat vascular dementia specifically, but may sometimes be used.

They can be particularly helpful if you have a combination of vascular dementia and Alzheimer’s disease.