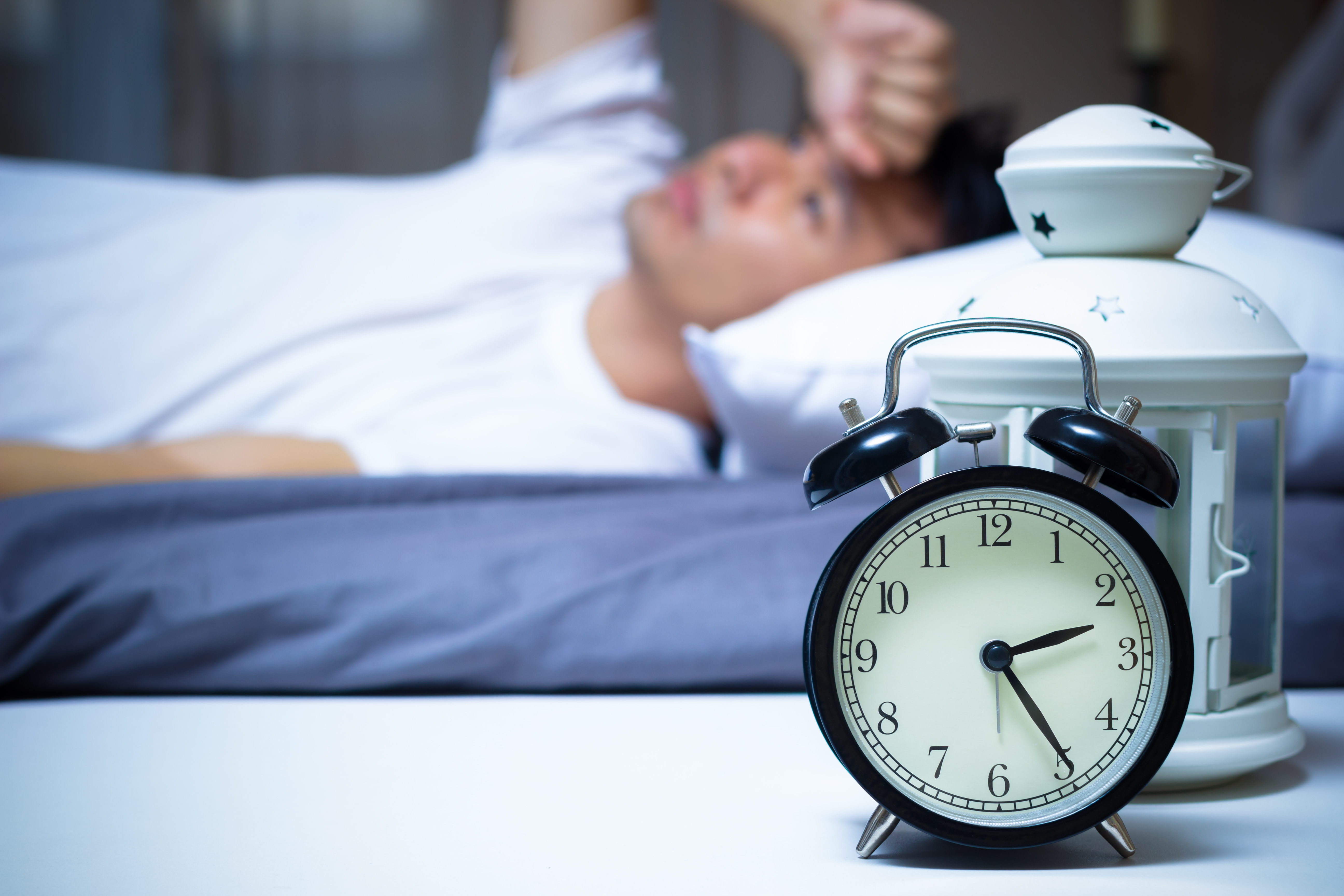 If you have trouble getting to sleep or sleeping through the night, if you wake up too early or have a hard time waking up at all, or if you are overly tired during the day, you may have one of the following sleep problems.

Insomnia doesn’t give enough sleep at night because people may have trouble falling asleep or may wake up frequently during the night or early in the morning. It is a problem as long as it affects your daytime activities. Insomnia has many possible causes, including stress, anxiety, depression, poor sleep habits, circadian rhythm disorders (such as jet lag), and taking certain medications.

Snore is the noise produced when the air you inhale rattles over the relaxed tissues of the throat. It is a problem because of the noise and it may be a marker of a more srious sleep problem.

Sleep apnea occurs when breathing stops while sleeping due to blocked airway and causes you to wake up. It can cause severe daytime sleepiness. If left untreated, severe sleep apnea may be associated with high blood pressure and the risk of stroke and heart attack.

Women often experience sleepless nights and daytime fatigue in the first and third trimesters of their pregnancy. During the first trimester, frequent trips to the bathroom and morning sickness may disrupt sleep. Later in pregnancy, vivid dreams and physical discomfort may prevent deep sleep. After delivery, the new baby’s care or the mother’s postpartum depression may interrupt sleep.

Narcolepsy is a brain disorder that causes excessive daytime sleepiness. Though dramatic and uncontrolled “sleep attacks” have been the best-known feature of narcolepsy, in reality many patients do not have sleep attacks. Instead, they experience constant sleepiness during the day.

Nightmares are frightening dreams that arise during REM sleep caused by stress, anxiety, and some drugs. Often, there is no clear cause.

Both night terrors and sleepwalking arise during NREM sleep and occur most often in children between the ages of 3 and 5 years old. A night terror can be dramatic: Your child may wake up screaming, but unable to explain the fear. Sometimes children who have night terrors remember a frightening image, but often they remember nothing. Night terrors are often more frightening for parents than for their child. Sleepwalkers can perform a range of activities — some potentially dangerous, like leaving the house — while they continue to sleep.

First, your doctor will give you a checkup and talk with you about what’s going on. He/She’ll ask you questions such as:

If you’ve already tried things like allowing enough time for sleep and making your bedroom a good place for rest, your doctor may suggest you go to a sleep lab for more tests. This may take a night or two.

At the sleep lab, you’ll be hooked up to monitors that will track your heart, brain, movements, and breathing patterns as you sleep. A sleep specialist will review the results and tell you what they mean.

Your treatment will depend on what type of sleep problem you’re having.

The first thing to try is changing your sleep habits. For instance:

These are like jet lag in that your body clock is “off.” Your doctor may suggest bright light treatment.

Ask your doctor if you need a CPAP machine. (CPAP stands for continuous positive airway pressure.) With CPAP, you wear a mask while you sleep, and it raises the air pressure inside your throat. This keeps your airway more open, so you can sleep better.

For some people, it helps to wear a dental brace that holds the lower jaw forward during sleep.

For others, an implanted device called Inspire is now available. The device, called an upper airway stimulator, delivers mild stimulation to nerves that control airway muscles, keeping them open. There are also several types of surgery available for sleep apnea.

People with narcolepsy fall asleep when they don’t want to. Naps can help.

Your doctor may also prescribe medicine to help you stay awake and treat the sudden loss of muscle control when you wake up.

Cutting down on caffeine may help. So can taking a warm bath or relaxing before bed. Hot or cold packs on your legs may provide relief.

These may have side effects, so talk about the pros and cons with your doctor.

If your child has a nightmare or night terror, comfort them. If they have those dreams often or if they’re severe, tell your child’s doctor.