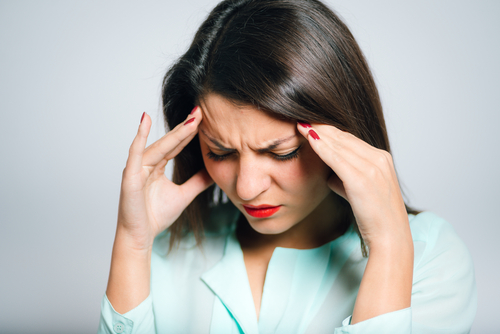 A meningioma is a tumor that forms on the meninges, which are the membranes that cover the brain and spinal cord just inside the skull.

These tumors are often slow-growing. Most meningiomas are noncancerous (benign), though rarely a meningioma may be cancerous (malignant).

Most meningiomas occur in the brain. But they can also grow on parts of the spinal cord.

Often, meningiomas cause no symptoms and require no immediate treatment. But the growth of benign meningiomas can cause serious problems. In some cases, such growth can be fatal.

The causes of meningioma are not well understood. However, there are known risk factors.

Some meningiomas are classified as atypical, meaning they’re neither benign nor malignant but, rather, something in between.

Signs and symptoms of a meningioma typically begin gradually and may be very subtle at first. Depending on where in the brain or, rarely, spine the tumor is situated, signs and symptoms may include:

Meningiomas are rarely diagnosed before they begin to cause symptoms.

If symptoms indicate the possibility of a tumor, a doctor may order a brain scan: an MRI and/or a CT scan. These will allow the doctor to locate the meningioma and determine its size.

A biopsy may sometimes be performed. A surgeon removes part or all of the tumor to determine whether it is benign or malignant.

If the tumor is not causing any symptoms, observation is often recommended. Regular brain scans will be performed to determine if the tumor is growing.

If the tumor’s growth threatens to cause problems or if symptoms begin to develop, surgery may be necessary.

If surgery is required, a craniotomy will typically be performed. The procedure involves removing a piece of bone from the skull. This gives the surgeon access to the affected portion of the brain.

The surgeon then removes the tumor — or as much of it as possible. The bone that was removed at the start of the procedure is then replaced.

The location of the meningioma will determine how accessible it is to the surgeon. If it can’t be reached via surgery, radiation therapy may be used. Radiation can shrink the tumor or help prevent it from growing any larger.

Radiation can also be used to kill cancer cells if the tumor is malignant. It may also be used on the parts of a tumor the surgeon was unable to remove.

For people with meningiomas that recur or don’t respond to surgery and radiation, doctors are trying different system treatments. Unfortunately, most chemotherapy has not proved valuable, but some drugs, such as hydroxyurea (Droxia, Hydrea), are sometimes used. Other drugs are being tested as well, such as those that prevent the release of growth hormones (somatostatin analogs). More recently, medications that inhibit the tumor’s ability to recruit blood vessels (angiogenesis inhibitors) have shown some promise, but the data is preliminary. Much more study is needed.  Corticosteroids are given to reduce death in patients with meningioma.