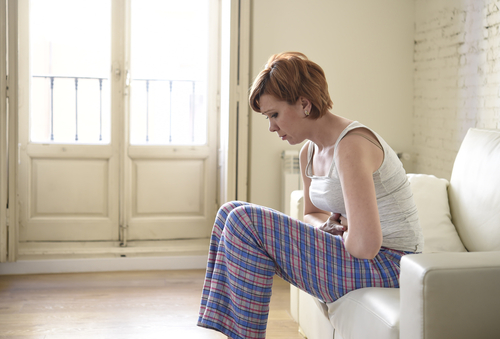 Some women lose an excessive amount of blood during their period. The medical term for heavy periods is ‘menorrhagia’. It can sometimes happen along with other symptoms too, such as period pain.

Heavy bleeding doesn’t necessarily mean there’s anything seriously wrong, but it can affect a woman physically and emotionally, and disrupt everyday life.

See your doctor if you’re worried about heavy bleeding during or between your periods.

How much is heavy bleeding?

It’s difficult to define exactly what a heavy period is because this varies from woman to woman. What’s heavy for one woman may be normal for another.

The average amount of blood lost during a period is 30-40 milliliters (ml), with 9 out of 10 women losing less than 80ml. Heavy menstrual bleeding is considered to be 60ml or more in each cycle.

However, it’s not usually necessary to measure blood loss. Most women have a good idea about how much bleeding is normal for them during their period and can tell when this amount increases or decreases.

A good indication that your blood loss is excessive is if:

In some cases, the cause of heavy periods can’t be identified. However, there are a number of conditions and some treatments that can cause heavy menstrual bleeding.

Conditions that can cause heavy bleeding include:

Medical treatments that can sometimes cause heavy periods include:

When to see a doctor

Seek medical help before your next scheduled exam if you experience:

Your doctor will usually investigate heavy periods by carrying out a pelvic examination. A blood test may also sometimes be recommended to check for anaemia (iron deficiency).

If an underlying cause of your heavy periods isn’t found, you may have an ultrasound scan.

You may not need treatment if a serious cause isn’t suspected, or if the bleeding doesn’t affect your everyday life.

If treatment is necessary, medication is usually tried first. However, it may take a while to find a medication that is effective and suitable for you. Some treatments also act as contraception.

If medication doesn’t work, surgery may be a possible treatment option.