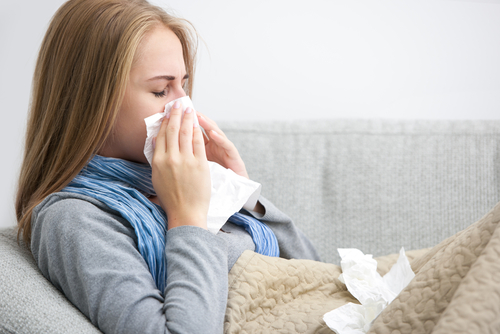 H1N1 influenza is also known as swine flu because in the past the people who were infected had direct contact with pigs. That changed several years ago, when a new virus emerged that spread among people who hadn’t been near pigs.

In 2009, the World Health Organization declared an H1N1 pandemic. Since then, people have continued to get sick from swine flu, but not as many. While swine flu isn’t as scary as it seemed a few years ago, it’s still important to protect yourself from getting it. Like seasonal flu, it can cause more serious health problems for some people. The best bet is to get a flu vaccine, or flu shot, every year. Swine flu is one of the viruses included in the vaccine.

How Do You Catch Swine Flu?

The same way as the seasonal flu. When people who have it cough or sneeze, they spray tiny drops of the virus into the air. If you come in contact with these drops, touch a surface (like a doorknob or sink) where the drops landed, or touch something an infected person has recently touched, you can catch H1N1 swine flu.

People who have it can spread it one day before they have any symptoms and as many as 7 days after they get sick. Kids can be contagious for as long as 10 days.

You can’t catch swine flu from eating bacon, ham, or any other pork product.

Swine flu symptoms are pretty much the same as those of seasonal flu:

Like the regular flu, swine flu can lead to more serious problems including pneumonia, a lung infection, and other breathing problems. It can also make chronic conditions like diabetes and asthma worse. If you have symptoms like shortness of breath, severe vomiting, pain in your belly or sides, dizziness, or confusion, call your doctor right away.

It’s hard to tell whether you have swine flu or seasonal flu, because most symptoms are the same. If you have swine flu, you may be more likely to feel sick and your stomach and throw up than with regular flu. But a lab test is the only way to know. Even a rapid flu test you can get in your doctor’s office won’t tell you for sure.

To test for swine flu, your doctor runs a swab up the inside of your nose around the back of your throat. But the test isn’t as common or widespread as those for regular flu. So the only people who really need to be tested are those in the hospital or those at high risk for life-threatening problems from swine flu. These include:

Some of the same antiviral drugs that are used to treat seasonal flu also work against H1N1 swine flu. Oseltamivir (Tamiflu), peramivir (Rapivab), and zanamivir (Relenza) seem to work best, although some kinds of swine flu don’t respond to oseltamivir.

These drugs can help you get well faster. They can also make you feel better. They work best when you take them within 48 hours of the first flu symptoms, but they can help even if you get them later on.

Antibiotics won’t be effective because flu is caused by a virus, not bacteria.

The same flu vaccine that protects against seasonal flu also protects against the H1N1 swine flu strain. You can get it as a shot or as a nasal spray. Either way, it “teaches” your immune system to attack the real virus.

Besides a flu shot, there are other things you can do to stay healthy: