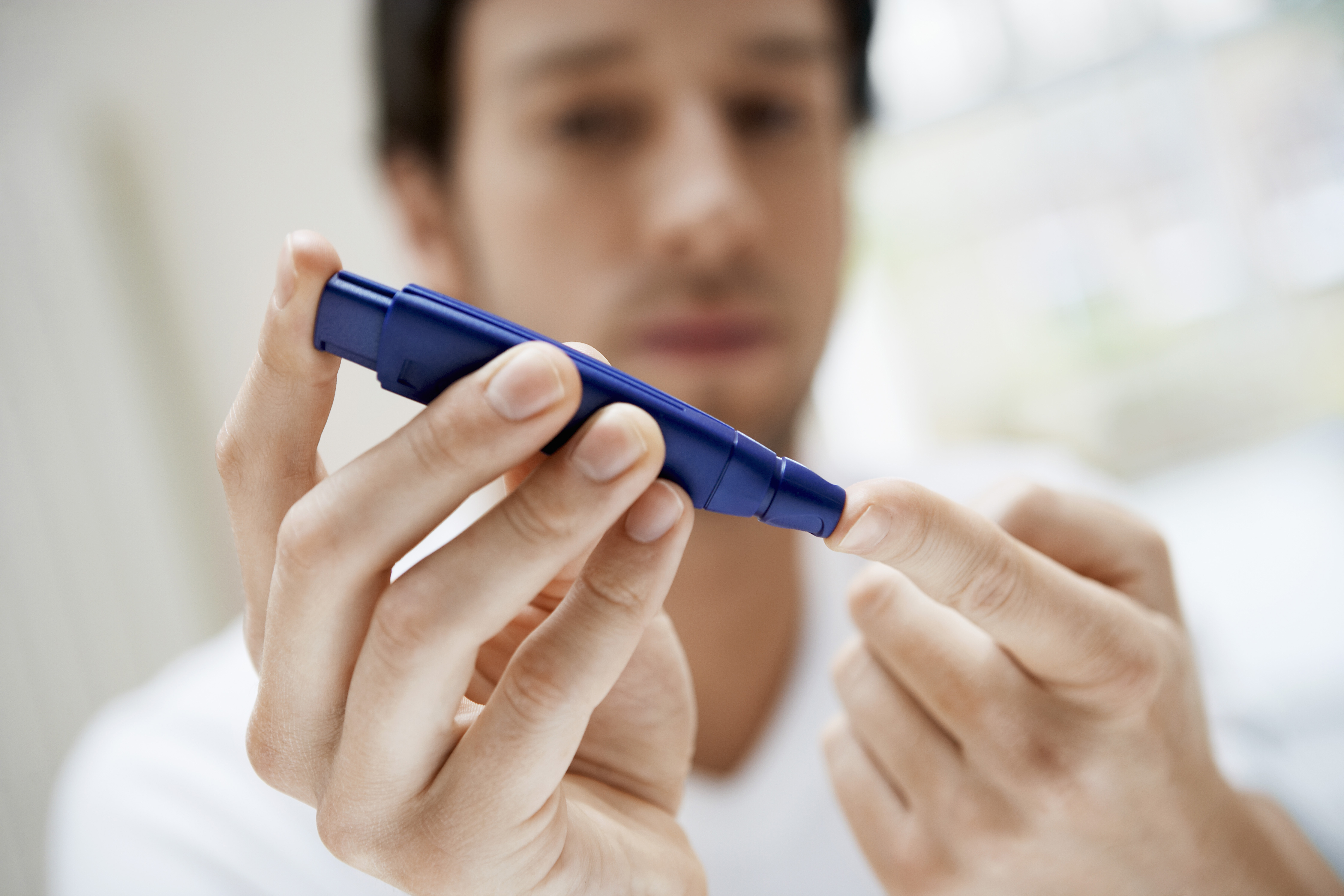 A disorder of metabolism in which the pancreas either produces little or no insulin (a hormone responsible for getting glucose into cells), or the cells do not respond appropriately to the insulin that is produced. Glucose builds up in the blood, overflows into the urine, and passes out of the body. As such, the body loses its main source of fuel even though the blood contains large amounts of sugar.

Main types of diabetes are:

For type 1 diabetes, your pancreas no longer makes the insulin your body needs to use blood sugar for energy. You will need insulin in the form of injections or through use of a continuous pump.

A rapid-acting inhaled insulin (Afrezza) is also FDA-approved for use before meals. It must be used in combination with long-acting insulin in patients with type 1 diabetes and should not be used by those who smoke or have chronic lung disease. It comes as a single dose cartridge.

Premixed insulin is also available for people who need to use more than one type of insulin.

Each treatment plan is tailored for the person and can be adjusted based on what you eat and how much you exercise, as well as for times of stress and illness.

Self-monitoring of blood glucose levels is key in the managment. A glucometer measures glucose levels in a sample of your blood dabbed on a strip of treated paper. Also, there are now devices, called continuous glucose monitoring systems (CGMS), that can be attached to your body to measure your blood sugars every few minutes for up to a week at a time.

For some people with type 2 diabetes, diet and exercise are enough to keep the disease under control. Other people need medication, which may include insulin and an oral drug.

Drugs for type 2 diabetes work in different ways to bring blood sugar levels back to normal. They include: