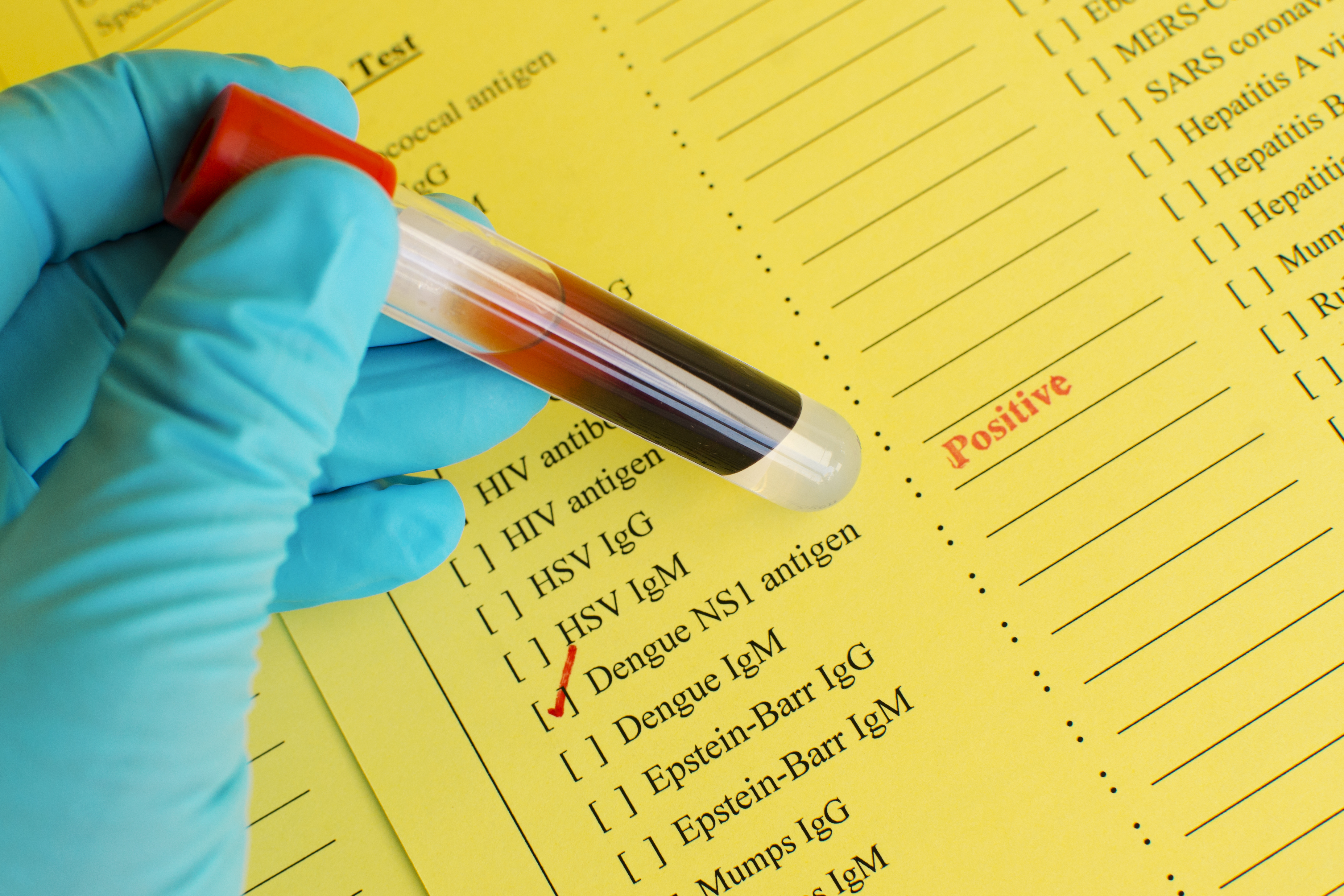 A painful, debilitating mosquito-borne disease caused by any one of four closely related dengue viruses.

Usually begin four to six days after infection and last for up to 10 days and may include:

In certain cases, manifestations may be mild and can be mistaken for those of the flu or another viral infection. However, serious problems can develop including dengue hemorrhagic fever, a rare complication characterized by high fever, damage to lymph and blood vessels, bleeding from the nose and gums, enlargement of the liver, and failure of the circulatory system. It may progress to massive bleeding, shock, and death a condition called dengue shock syndrome (DSS).

Individuals with weakened immune systems as well as those with a second or subsequent dengue infection are believed to be at greater risk for developing dengue hemorrhagic fever.

There is no specific medicine to treat dengue infection. If you think you may have dengue fever, consult your doctor immediately.