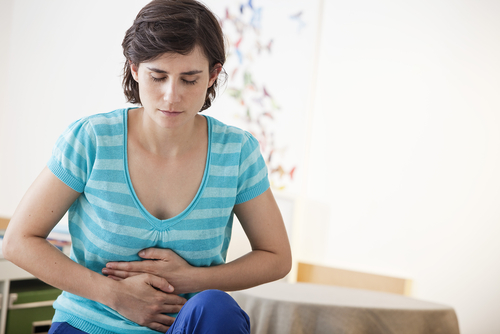 Chronic pancreatitis is a condition where the pancreas (a small organ located behind the stomach and below the ribcage) becomes permanently damaged from inflammation.

It’s different from acute pancreatitis, where the inflammation is only short-term.

Most cases of chronic pancreatitis are associated with drinking excessive amounts of alcohol over a long period of time.

However, in up to 3 out of 10 people, the cause Is unknown or “idiopathic” chronic pancreatitis.

Some of the known causes of chronic pancreatitis are outlined below.

Heavy drinking over many years can cause repeated episodes of acute pancreatitis. Acute pancreatitis is usually a short-term condition, but can recur with persistence of heavy alcohol consumption.

Repeated insult to the pancreas may cause permanent damage, leading to chronic pancreatitis.

Anyone who regularly consumes alcohol has an increased risk of chronic pancreatitis, although only a minority develop the condition.

Problems with the immune system

Rare cases of chronic pancreatitis may result from a derangement in the function of the immune system, wherein it is stimulated to attack the pancreas. This is known as “autoimmune pancreatitis” and there is no clear reason on how it occurs.

People with autoimmune pancreatitis also have other conditions caused by the immune system attacking healthy tissue, such as ulcerative colitis and Crohn’s disease, which cause inflammation inside the digestive system.

Some cases of chronic pancreatitis are inherited. This is thought to be caused by mutations (alterations) in a number of genes, including genes called PRSS1 and SPINK-1. These mutations disrupt the normal function of the pancreas.

Certain mutations of the CFTR gene, responsible for cystic fibrosis, are also thought to cause chronic pancreatitis.

Several other rare causes of chronic pancreatitis have also been identified, including:

The most common symptom of chronic pancreatitis is repeated episodes of abdominal pain. Eventually, there may also be problems with digestion.

The pain usually develops in the middle or left side of the abdomen and can sometimes radiate to the back. It’s been described as a burning or shooting pain which comes and goes, but can last for several hours or days, in some cases. And as the condition progresses, episodes become more frequent and severe. Nausea and voliting may also accompany the pain. Although the pain sometimes occurs after eating a meal, there’s often no trigger.

Eventually, a constant mild to moderate pain can develop in the abdomen in between episodes of severe pain. This is most common in people who continue to drink alcohol after being diagnosed with chronic pancreatitis.

Some people who stop drinking alcohol and stop smoking may experience a reduction in the severity of their pain.

Additional symptoms occur when the pancreas becomes damaged to a point when it loses its ability to produce enzymes for digestion thus leading to malabsorption.

The absence of digestive juices makes it difficult for your digestive system to break down fats and certain proteins. This can cause your stools to become particularly smelly and greasy, and make them difficult to flush down the toilet.

The following symptoms may be experienced:

Chronic pancreatitis can usually only be diagnosed by carrying out scans of the pancreas.

The general practitioner may ask about symptoms, perform simple physical examination, but referral to a specialist is needed if chronic pancreatitis is suspected.

The following tests are requested:

Endoscopic ultrasonogrophy utilizes a thin, flexible telescope (endoscope) which is passed through the oral cavity towards the stomach. An ultrasound probe attached to the tip of the endoscope is then positioned close to the pancreas to be able to take images.

A sedative is given to relax the patient during the procedure.

MRCP involves injecting a contrast agent, which highlights the pancreas and surrounding organs, such as the gallbladder and liver, and produce a clear image through magnetic resonance imaging.

An MRI scanner is a type of imaging system that uses magnetic fields and radio waves to build up a detailed image.

An MRCP is a useful way of checking whether gallstones may be contributing to your symptoms.

A biopsy involves taking a small sample of cells from the pancreas and sending it to the laboratory, so it can be checked under a microscope for the presence of cancerous cells.

A biopsy can be taken using a long, thin needle that’s passed through your abdomen. Ultrasound or a CT scan may be utilized to guide the needle towards the tumor.

Alternatively, a biopsy can be taken during an endoscopic ultrasonography (see above).

Treatment for chronic pancreatitis aims to help control the condition and reduce any symptoms.

If the diagnosis of chronic pancreatitis is made, lifestyle changes are recommended. These are described below.

Since alcohol intake is the most common cause of chronic pancreatitis, it is important to emphasize the importance of avoiding drinking alcohol even if this is not the cause. This helps to prevent further damage to the pancreas and may help reduce pain.

With continuous alcohol intake, it will be more likely to experience debilitating pain with an increased mortality due to the complications of chronic pancreatitis.

Some people with chronic pancreatitis caused by alcohol consumption are alcohol dependent and require additional help and support to stop drinking.

Treatment options for alcohol dependence include:

Smoking cessation is recommended to halt the progress of chronic pancreatitis.

Chronic pancreatitis may affect the efficiency of the body to digest food, modifications in the diet may be recommended.

The general practitioner will provide information regarding the prescribed diet, and refer to a dietitian for the formulation of the dietary plan.

A low-fat, high-protein, high-calorie diet with fat-soluble vitamin supplements is usually recommended, but changes in the diet should only be done after consulting a health professional.

Pancreatic enzyme supplements, contain artificially made pancreatic enzymes to supplement the lack of enzymes produced by the failing pancreas. These enzymes aide in digestion and prevent malabsorption and malnutrition.

Side effects of pancreatic enzyme supplements can include diarrhoea,constipation, nausea, vomiting and abdominal pain.

If troublesome side effects occur, medical consult should be sought, as dosage may need to be adjusted.

The autoimmune type of chronic pancreatitis may be treated by the use of corticosteroids to reduce the inflammation of the pancreas.

However, taking corticosteroids for a long time can cause side effects, such as osteoporosis and weight gain.

Pain relief is an important part of the treatment of chronic pancreatitis. At first, mild painkillers will be used, but more powerful ones will be needed if these don’t work.

In most cases, the firstline of analgesics used is paracetamol or a non-steroidal anti-inflammatory drug (NSAID), such as ibuprofen.

If NSAIDs or paracetamol are ineffective in controlling pain, analgesics are shifted to an opiate-based medication, such as codeine or tramadol. Side effects of these types of medication can include constipation, nausea, vomiting and drowsiness.

The side effect of constipation can be particularly troublesome when taking opiate-based painkiller on a long-term basis. A laxative may be given to alleviate constipation.

If drowsiness is a concern, avoid driving and using heavy tools or machines when taking opiate-based analgesics.

A stronger opiate-based analgesic, such as morphine or pethidine, is needed if severe pain occurs. These have similar side effects to the opiate-based painkillers mentioned above.

In some cases, an additional medication called amitriptyline may be recommended. Amitriptyline was originally designed to treat depression, but it can help to relieve pain in some people.

If medication is ineffective, severe pain can sometimes be temporarily relieved for a few weeks or months using a procedure called a nerve block. This is an injection that blocks the pain signals from the pancreas.

If the inflammation of the pancreas suddenly gets worse, hospital admission is necessary for treatment.

This may involve having fluids delivered directly into a vein, and oxygen supplied through tubes into your nose.

Surgery can be used to treat severe pain in people with chronic pancreatitis. Depending on the exact cause of your pain, there are a variety of surgical techniques that may be used. Some of these are outlined below.

Patients with stones in the opening of their pancreas (the pancreatic duct) may benefit from endoscopic surgery and a treatment called lithotripsy.

Lithotripsy involves using shock waves to break the stone into smaller pieces. An endoscope is then used to visualize and guide the extraction of stone fragments from the pancreatic duct.

This treatment may improve pain to some extent, but the benefit may not be permanent.

When specific parts of the pancreas are severely inflammed and cause severe pain, the pathologic parts may be surgically removed by doing pancreatic resection.

Pancreas resection can also be used if endoscopic treatment is ineffective.

The technique used for pancreas resection depends on exactly which parts need to be removed. For example, some techniques involve removing the gallbladder, along with parts of the pancreas.

The different surgical techniques tend to have the same levels of effectiveness in terms of reducing pain and preserving the function of the pancreas, although some of the more complex techniques have an increased risk of complications, such as infection and internal bleeding. Simpler procedures have a lower risk of complications and usually have faster recovery times.

Discussion regarding the pros and cons of surgery may be done with the surgeon before deciding.

In the most serious cases of chronic pancreatitis, the pancreas may be extensively damaged, and a total pancreatectomy, or the removal of the whole pancreas, may be necessary.

A total pancreatectomy can be very effective in treating pain. However, aside from the pancreatic enzymes, pancreatic hormones such as insulin will no longer be produced. To overcome this problem, a relatively new technique called autologous pancreatic islet cell transplantation (APICT) is sometimes used.

During APICT, the islet cells responsible for producing insulin isolated from the pancreas, before your pancreas is surgically removed. The islet cells are then mixed with a special solution, which is injected into your liver. If the APICT procedure is successful, the islet cells survive in the liver and begin to produce insulin.