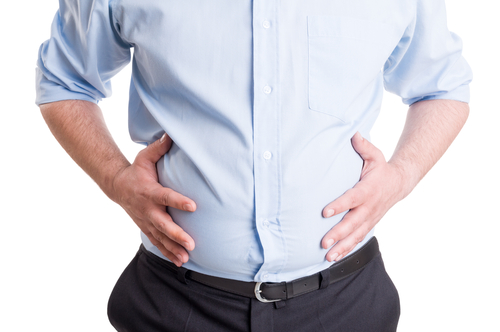 Celiac disease is a problem with digesting gluten, a protein in foods like bread, crackers, and pasta, affecting the absorption of nutrients.   When people with this disorder eat food with gluten, their body mounts the immune system and attack the small intestine.  This will damagae the villi, a fingerlike projection lining the small intestine, and prevent nutrient absorption.  Symptoms include gas and bloating, weight loss, and fatigue.

Symptoms of celiac disease vary widely and may come and go. They may be very mild and go completely unnoticed, or they may be severe and impact daily life.

If not treated, celiac disease can lead to other problems. You may have problems with memory and concentration. Children may be more irritable. Adults may show signs of depression.

Symptoms of celiac disease also occur with some other conditions.

A medical history, physical exam, and lab tests often point to celiac disease. The Diagnosis & Medication is confirmed with a small intestine biopsy collected during an endoscopy, where a small tube is guided down a person’s throat to the small intestine.

Tests for celiac disease should be done when you or your child is still eating a diet that includes gluten. If you have already started a gluten-free diet before these tests are done, the doctor may suggest that you or your child eat a certain amount of gluten before the tests.

Celiac disease triggers the immune system to produce certain antibodies. Blood tests that find and measure these antibodies include:

A biopsy taken during an upper gastrointestinal endoscopy may be done to confirm celiac disease after antibodies have been found. Sometimes a biopsy detects celiac disease when a person is being tested for another condition.

If the biopsy shows signs of celiac disease (such as abnormal villi and inflammation in the small intestine), a gluten-free diet will be recommended.

A Diagnosis & Medication of celiac disease is confirmed if the diet makes symptoms go away and if antibody tests become normal.

Other tests that may be done include:

Tests to look for other conditions and diseases may be needed if a Diagnosis & Medication of celiac disease is suspected but symptoms don’t improve with a gluten-free diet.

You can prepare your child for these tests. Knowing why tests are being done and what to expect can help make the tests less scary.

Medicine is only needed if you or your child becomes seriously ill with celiac disease or if complications develop. Some complications, such as delayed growth, can’t be treated with medicine.

Your doctor may recommend taking a vitamin supplement to make sure you get enough vitamins and minerals.

Some doctors prescribe steroid medicines to ease inflammation in the intestine and to help it absorb nutrients better. But not all doctors agree on this.

If other possible illnesses have been ruled out, steroids or other medicines that change the immune system response may be used to treat refractory sprue that doesn’t respond to a gluten-free diet.