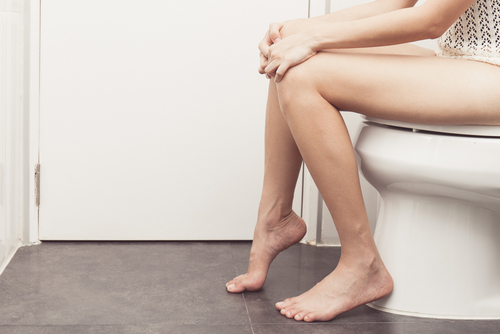 BLOOD IN THE STOOLS

Blood in the stool means there is bleeding somewhere in your digestive tract. Sometimes the amount of blood is so small that it can only be detected by a fecal occult test (which checks for hidden blood in the stool). At other times it may visible on toilet tissue or in the toilet after a bowel movement as bright red blood. Bleeding that happens higher up in the digestive tract may make stool appear black and tarry.

Possible causes of blood in stool include:

A person with blood in the stool may be unaware of bleeding and might have reported no symptoms. On the other hand, they may also have abdominal pain, vomiting, weakness, difficulty breathing, diarrhea, palpitations, fainting, and weight loss depending on the cause, location, length, and severity of the bleeding.

It is important to have a doctor evaluate any bleeding in the stool. Any details you can give about the bleeding will help your doctor locate the site of bleeding. For example, a black, tarry stool is likely an ulcer or other problem in the upper part of the digestive tract. Bright red blood or maroon-colored stools usually indicate a problem in the lower part of the digestive tract such as hemorrhoids or diverticulitis.

After getting a medical history and doing a physical exam, the health care provider may order tests to determine the cause of bleeding. Tests may include:

A doctor may use one of several techniques to stop acute bleeding. Often endoscopy is used to inject chemicals into the site of bleeding, treat the bleeding site with an electric current or laser, or apply a band or clip to close the bleeding vessel. If endoscopy does not control bleeding, the doctor may use angiography to inject medicine into the blood vessels to control bleeding.

Beyond stopping the immediate bleeding, if necessary, treatment involves addressing the cause of bleeding to keep it from returning. Treatment varies depending on the cause and may include medications such as antibiotics to treat H. pylori, ones to suppress acid in the stomach, or anti-inflammatory drugs to treat colitis. Surgery may be needed to remove polyps or the parts of the colon damaged by cancer, diverticulitis, or inflammatory bowel disease.

Your doctor will prescribe or recommend treatment based on the diagnosis.