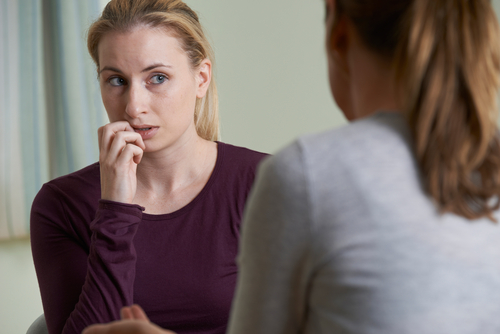 Aphasia is a condition that affects the brain and leads to problems using language correctly.

People with aphasia make mistakes in the words they use, sometimes using the wrong sounds in a word, choosing the wrong word, or putting words together incorrectly.

Aphasia also affects speaking and writing in the same way. Many people with the condition find it difficult to understand words and sentences they hear or read.

Why does aphasia happen?

Aphasia is caused by damage to parts of the brain responsible for understanding and using language.

Aphasia is often classified as ‘expressive’ or ‘receptive’ aphasia, depending on whether there are difficulties with understanding or expressing language, or both.

Symptoms can range from getting a few words mixed up to having difficulty with all forms of communication, such as reading, writing, naming objects and understanding speech.

Some people are unaware their speech makes no sense and this can be very frustrating.

The main sign of aphasia is difficulty with communication, although the condition affects everyone differently.

In cases where aphasia has been caused by a sudden brain injury, such as a stroke or a severe head injury, symptoms occur suddenly.

In cases where there is gradual damage to the brain as a result of a condition that gets worse over time, such as dementia or a brain tumour, the symptoms may develop gradually.

People with expressive aphasia experience difficulty communicating their thoughts, ideas and messages to others. This may affect speech, writing, gestures, or drawing, and causes problems with everyday tasks such as using the telephone, writing an email or speaking to family and friends.

People with expressive aphasia may have some of the following signs and symptoms:

Difficulty in understanding things is called receptive aphasia. People affected by this condition will also have a difficulty interpreting gestures, drawings, numbers and pictures.

This can affect everyday activities such as reading an email, managing finances, having conversations, listening to the radio or following TV programmes.

People with receptive aphasia may have some of the following signs and symptoms:

This type of aphasia occurs in people with a specific type of dementia. Symptoms get worse over time. Usually, the first problem people with primary progressive aphasia (PPA) notice is difficulty finding the right word or remembering somebody’s name.

Gradually the problems get worse and can include:

Aphasia is usually diagnosed after tests carried out by a specialist called a speech and language therapist (SLT).

There are several tests used to assess communication skills.

These tests often involve simple exercises, such as asking a person to name as many words as they can think of beginning with the letter F, or asking them to name objects in the room. The results can then be used to build up a detailed picture of a person’s capabilities in areas such as:

Imaging techniques can be used to assess the extent of any brain damage. The two most widely used types for aphasia are:

Less commonly, a positron emission tomography (PET) scan may be used to assess the state and functionality of the brain. PET scans are usually only used to carry out clinical research.

Sometimes aphasia will improve on its own without treatment, but a type of treatment called speech and language therapy is usually recommended.

This treatment is carried out by a speech and language therapist (SLT).

For people with aphasia, speech and language therapy aims to:

Evidence suggests speech and language therapy is more effective if it’s started as soon as possible. Most obvious recovery occurs within the first 6 months of treatment. However, improvements can continue to be seen for much longer after this, even many years later.

How the therapy is carried out will depend on circumstances. An intensive course of speech and language therapy may be recommended for some people. This involves a number of sessions spread out over a shorter period of time.

However, speech and language therapy can be exhausting and an intensive course of treatment will not be suitable for everyone. For some people, shorter and less intensive sessions may be recommended.

Therapy may be done though individual sessions, group sessions, or using technology such as computer programmes or apps.

Treatment will depend on the general health and the difficulties with speech, language or social skills, as there is no universally accepted treatment for aphasia.

An assessment will be carried out before therapy begins so the therapist can identify which aspects of language is affected.

The assessment will then focus on the areas that need to be targeted in therapy. Other health problems that may impact on your ability to communicate, such as hearing or sight problems, will also be taken into account.

The specific techniques used and the aims of the treatment will depend on each person’s circumstances. Some examples are described below.

If the difficulty involves understanding words, the SLT may instruct to carry out tasks such as matching words to pictures or sorting words by their meaning. The aim of these tasks is to improve the ability to remember meanings and link them with other words.

If expressive aphasia is the concern, the SLT guide you in naming pictures or judge whether certain words rhyme. Repetition of words may also be done with prompting if necessary. If you are able to complete tasks with single words, your therapist will work on your ability to construct sentences.

Some techniques may make use of the computer. Other methods may include group therapy with other people with aphasia, or working with family members. This will allow you to practice conversational skills, or rehearse common situations, such as making a telephone call.

An increasing number of computer based programmes and apps are available to help people with aphasia improve their language abilities. However it’s important to start using these alongside a speech and language therapist.

An important part of speech therapy is finding different ways to communicate. Alternatives to talking, such as using gesture, writing, drawing or communication charts may be taught by the SLT.

Communication charts are large grids containing letters, words or pictures. They allow someone with aphasia to communicate by pointing at the word or letter to indicate what they want to say.

Specially designed devices, such as voice output communication aids (VOCAs), may be useful. VOCAs use a computer-generated voice to play messages aloud. This can help if there is a difficulty in speaking but able to write or type. There are also apps available on smartphones and computer tablets that can do this.

If a communication device is felt to be beneficial, funding for purchase of an individual device can be discussed with a speech and language therapist.

Communicating with a person with aphasia

If you live with or care for a person with aphasia, you may be unsure about the best way to communicate with them. You may find the following advice helpful:

On going research is done to study whether other treatments can benefit people with aphasia. These include:

Although some studies have suggested these treatments may benefit some people with aphasia, further research is necessary.