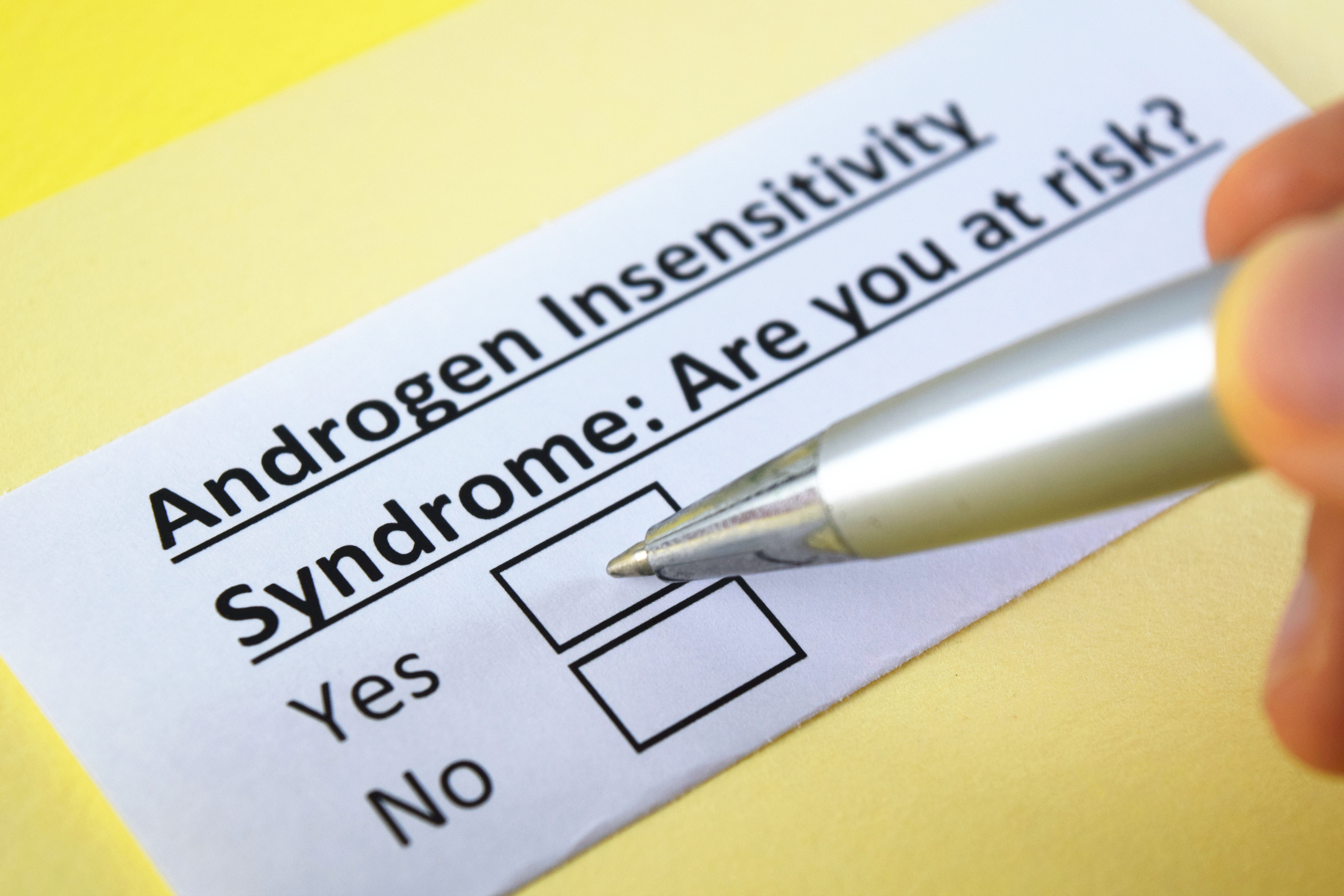 A rare genetic disorder called androgen insensitivity syndrome (AIS) affects the development of genitals and reproductive organs of an individual.

Despite being born as a male, the body of a person with AIS is resistant to male hormones. And because of that, sexual development does not happen normally. The external appearance of the genitals appears to be that of a female or somewhere between male and female.

There are 2 types of AIS.

A person with a CAIS develops full resistance to male hormones such as testosterone. The genitals of an individual with CAIS are that of a female. However, they have no uterus, and they don’t menstruate or become fertile.

Testosterone has minimal effects on the sexual development of an individual who suffers from PAIS. The genitals of a person with PAIS appears to be somewhere between a male and a female.

Symptoms of AIS varies between its types.

An individual with CAIS will experience the following symptoms when they reach puberty.

PAIS, on the other hand, can be detected during childhood. A person with PAIS has characteristics between males and females. Symptoms for persons with PAIS may vary depending on how they are raised.

Other common types of leg ulcer include:

Ulcers in the foot are usually caused by diabetes.

Itching, pain, and swelling in the affected leg are characteristic symptoms of a venous leg ulcer.

Discoloration, hardening of the skin around the ulcer, and presence of a foul-smelling discharge may also be present when you have a venous leg ulcer.

If you have a venous leg ulcer, you may exhibit the following conditions:

Signs of an infection

Opportunistic pathogens could cause secondary bacterial infections due to the ulcer.

Symptoms of an infected leg ulcer may include:

Most often physicians may diagnose AIS based on the person’s appearance. However, several examinations may be required to confirm the diagnosis. This may include the following:

Blood testing is often used to determine the exact diagnosis of a person. This type of test is needed to:

This type of test is used to determine if the person has a womb and ovaries.

A small sample of tissue may be taken to be analyzed to confirm if it’s testicles and not ovaries.

Treatments can start once a child stops growing or is done with puberty. The following treatments may be implemented.