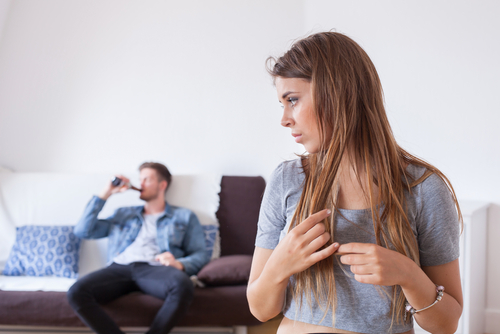 Alcohol abuse means having unhealthy or dangerous drinking habits. When a person abuses alcohol, he or she continues to drink even though they know their drinking is causing problems. Continued alcohol abuse can lead to alcohol dependence (alcoholism).

Doctors now use a new term for alcohol abuse and alcohol dependence, “alcohol use disorder,” which can range from mild to moderate to severe.

Individuals who suffer from alcohol abuse do not always exhibit the same symptoms. The type of symptoms experienced by an individual will depend on a number of factors, such as the individual’s background and medical history. While alcohol abuse symptoms do vary, there are signs and symptoms that can indicate a problem.

Signs of alcohol abuse include:

Healthcare professionals diagnose alcohol abuse or dependence by gathering comprehensive medical, family, and mental-health information. The practitioner will also either perform a physical examination or request that the individual’s primary-care doctor perform one. The medical examination will usually include lab tests to evaluate the person’s general health and to explore whether or not the individual has a medical condition that might have mental-health symptoms.

In asking questions about mental-health symptoms, mental-health professionals are often exploring if the individual suffers from alcohol or other drug abuse or dependence disorders, as well as depression and/or manic symptoms, anxiety, hallucinations, or delusions or behavioral disorders. Physicians may provide the people they evaluate with a quiz or self-test as a screening tool for substance-use disorders. Since some of the symptoms of alcohol use disorder can also occur in other mental illnesses, the mental-health screening is to determine if the individual suffers from a mood disorder or anxiety disorder, as well as schizophrenia, schizoaffective disorder, and other psychotic disorders, or personality or behavior disorders like attention deficit hyperactivity disorder (ADHD).

The American Psychiatric Association uses the following guidelines to diagnose an alcohol use disorder:

A person who had two or three of these symptoms in the last year has a “mild” alcohol use disorder.

There are few medications that are considered effective in treating moderate to severe alcohol use disorder.

Naltrexone (Trexan, Revia, or Vivitrol) has been found effective in managing this illness. It is the most frequently used medication in treating alcohol use disorder . It decreases the alcoholic’s cravings for alcohol by blocking the body’s euphoric (“high”) response to it. Naltrexone is either taken by mouth on a daily basis or through monthly injections.

Disulfiram (Antabuse) is prescribed for about 9% of alcoholics. It decreases the alcoholic’s craving for the substance by producing a negative reaction to drinking.

Acamprosate (Campral) works by decreasing cravings for alcohol in those who have stopped drinking.

Ondansetron (Zofran) has been found to be effective in treating alcohol use disorder in people whose problem drinking began before they were 25 years old. None of these medications have been specifically approved to treat alcoholism in people less than 18 years of age.

Baclofen (Lioresal) has been found to be a potentially effective treatment to decrease alcohol cravings and withdrawal symptoms.

Some research indicates that psychiatric medications like lithium (Eskalith, Lithobid) and sertraline (Zoloft) may be useful in decreasing alcohol use in people who have another mental-health disorder in addition to alcohol use disorder.