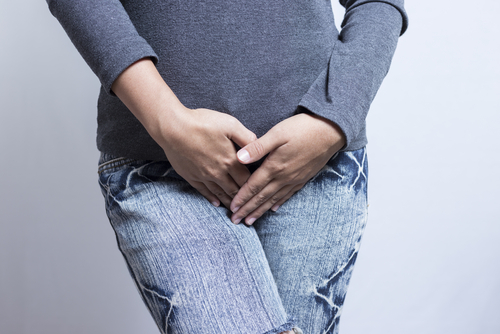 The vulva is a woman’s external genitals. It includes the lips surrounding the vagina (labia minora and labia majora), the clitoris (sexual organ that helps women reach sexual climax), and the Bartholin’s glands (two small glands each side of the vagina).

Most of those affected by vulvar cancer are older women over the age of 65. The condition is rare in women under 50 who have not yet gone through the menopause.

The exact cause of vulval cancer is unclear, but the following factors increases the risk of developing the condition:

The risk of vulval cancer may be reduced by smoking cessation and taking steps to reduce the chances of picking up an HPV infection.

Symptoms of vulval cancer can include:

Consult should be done if there are noticeable changes in the usual appearance of the vulva. While it’s highly unlikely to be the result of cancer, these changes should be investigated.

See your GP if you notice any changes in the normal appearance of your vulva.

The doctor will ask about the symptoms, take a detailed medical history, and examine the vulva for any lumps or changes in the skin.

Referral to a gynaecologist

Further tests may be necessary and will refer you to a gynecologist. A gynaecologist is a specialist in treating conditions of the female reproductive system.

The gynaecologist will ask about the symptoms and examine the vulva again, and they may recommend a test called a biopsy to determine whether the lesion is cancerous.

A biopsy is where a small sample of tissue is removed so it can be examined under a microscope to see if the cells are cancerous.

This is often done after a local anaesthetic has been given to numb the area, which means the procedure shouldn’t be painful. Occasionally, it may be done under general anaesthesia, which may require an overnight stay in hospital.

A few stitches may be placed in the area where samples were taken from. You may have slight bleeding and soreness for a few days afterwards.

Follow-up is usually around 7 to 10 days later to discuss the results.

If the results of the biopsy reveal cancer, further tests are recommended to assess the extent.

The results of these tests will assist in the staging of cancer. This means using a number system to indicate how far the cancer has spread.

Vulval cancers are staged from 1 to 4. The lower the stage, the less the cancer has spread and the greater the chance of treatment being successful.

The staging system for vulval cancer is:

Treatment for vulval cancer depends on factors such as the estent, general health, and preference.

The main modalities include surgery, radiotherapy and chemotherapy. Many women with vulval cancer have a combination of these treatments.

Even after successful treatment, there is up to a one in three chance of the cancer returning at some point later on, so regular follow-up appointments should be done.

Most hospitals use multidisciplinary teams (MDTs) to treat vulval cancer. MDTs are teams of specialists that work together to make decisions about the best way to proceed with your treatment.

Members of your MDT will probably include a specialist surgeon, a specialist in the non-surgical treatment of cancer (clinical oncologist) and a specialist cancer nurse.

Deciding which treatment is best for can often be confusing. The cancer team will recommend what they think is the best treatment option, but the final decision will be yours.

Before visiting the hospital to discuss treatment options, it may be useful to write a list of questions you would like to ask the specialist. For example, you may want to find out the advantages and disadvantages of particular treatments.

In most cases, treatment will involve surgery. The type of surgery will depend on the stage of the cancer.

There are three surgical options to treat vulval cancer:

Recovery time  will depend on the type of surgery and its extent. For extensive operations, such as a pelvic exenteration, many weeks or months may have passed before you start to feel better.

Possible risks associated with the type of procedure will be discussed by the surgeon. Possible risks include infection, bleeding, blood clots, altered sensation in your vulva, and problems having sex.

An additional operation may also be required to assess whether the cancerous cells have spread into one or more lymph nodes, and remove these if they’re found to contain cancer. This may involve one or more of the procedures outlined below.

If the cancer has spread to nearby lymph nodes, it’s sometimes possible to only remove certain lymph nodes, known as sentinel nodes.

Sentinel nodes are identified by injecting a dye at the site of the tumour and studying its flow to locate the nodes closest to the tumour. These are then removed and checked for cancerous cells.

In some cases, some or all of the nodes in the groin may need to be surgically removed. This is called a groin or inguinofemoral lymphadenectomy. Further treatment with radiotherapy may also be recommended.

Removing cancerous lymph nodes reduces the risk of the cancer returning, but this will increase vulnerability to infection and cause swelling of legs from a build-up of lymphatic fluid (lymphoedema).

In cases of advanced vulval cancer or when cancer reccurs after treatment, an operation called a pelvic exenteration may be recommended. This involves removing the entire vulva as well as adjacent organs such as the bladder, uterus, and part of your bowel. This is a major operation and isn’t carried out very often these days.

If a section of the bowel is removed, it will be necessary to divert your bowel through an opening made in your tummy (a stoma). Stools then pass along this piece of bowel and into a bag applied over the stoma. This is known as a colostomy.

If the bladder is removed, urine can be passed out of the body into a pouch via a stoma. This is known as a urostomy. Alternatively, it may be possible to create a new bladder by removing a section of your bowel and using it to create a pouch to store urine in.

If only a small amount of tissue has been removed during surgery, the skin of the vulva can often be neatly stitched together.

Otherwise, it may be necessary to reconstruct the vulva using a skin graft, where a piece of skin is taken from the thigh or tummy. Another option is to have a skin flap, where an area of skin near the vulva is used to create a flap and cover the wound.

These reconstructive procedures are usually carried out at the same time as the operation to remove the cancer.

Radiotherapy involves using high-energy radiation to destroy cancerous cells. There are several ways it can be used to treat vulval cancer:

In most cases, you’ll have external radiotherapy, where a machine directs beams of radiation on to the section of the body that contains the cancer.

This is normally given in daily sessions, five days a week, with each session lasting a few minutes. The whole course of treatment will usually last a few weeks.

While radiation is effective in killing cancerous cells, it can also damage healthy tissues. This can lead to a number of side effects, such as:

In younger women, external radiotherapy can sometimes trigger an early menopause. This means they will no longer be able to have any children.

Chemotherapy is where medications are administered to kill cancer cells.

It’s usually used if vulval cancer comes back or to control symptoms when a cure is not possible. Sometimes it may be combined with radiotherapy.

Aside from killing cancer cells, these medications may be nonspecific and can damage healthy cells. Side effects are common and include: