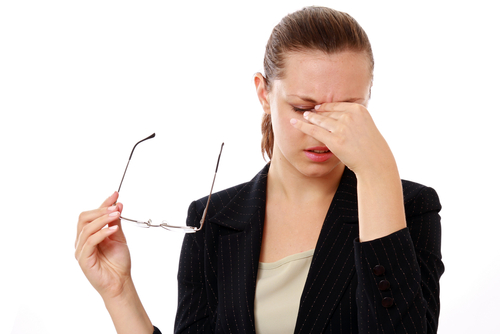 Many people have some type of visual problem at some point in their lives. Some can no longer see objects far away. Others have problems reading small print. These types of conditions are often easily treated with eyeglasses or contact lenses.

But when one or more parts of the eye or brain that are needed to process images become diseased or damaged, severe or total loss of vision can occur. In these cases, vision can’t be fully restored with medical treatment, surgery, or corrective lenses like glasses or contacts.

Visual impairment is a term experts use to describe any kind of vision loss, whether it’s someone who cannot see at all or someone who has partial vision loss.

Some people are completely blind, but many others have what’s called legal blindness. They haven’t lost their sight completely but have lost enough vision that they’d have to stand 20 feet from an object to see it as well as someone with perfect vision could from 200 feet away.

People rarely lose their eyesight during their teen years. When they do, it’s usually caused by an injury like getting hit in the eye or head with a baseball or having an automobile or motorcycle accident.

Some babies have congenital blindness, which means they are visually impaired at birth. Congenital blindness can be caused by a number of things — it can be inherited, for instance, or caused by an infection (like German measles) that’s transmitted from the mother to the developing fetus during pregnancy.

Conditions that may cause vision loss after birth include:

If you, your parent, or your doctor suspects a visual problem, you’ll probably pay a visit to an ophthalmologist (pronounced: af-thal-MAH-luh-jist), a medical doctor who specializes in examining, diagnosing, and treating eyes and eye diseases. When someone goes for an examination, the ophthalmologist will look at the structure of that person’s eye.

Other simple tests an ophthalmologist may perform include:

If your doctor determines that you have an eye condition that is likely to cause visual impairment, many treatments are available. Options may include eyeglasses, contact lenses, and eye drops or other medicines.

In some cases, surgery may be required. For instance, cataracts are often treated by removing the clouded lens and replacing it with an intraocular lens (an artificial plastic lens that requires no special care and restores vision).

Other methods can compensate for vision loss. Guide dogs can help people get from place to place independently. Braille allows those with visual impairment to read and write. Special equipment such as microscopic and telescopic glasses and voice-recognition software can make school and homework easier.