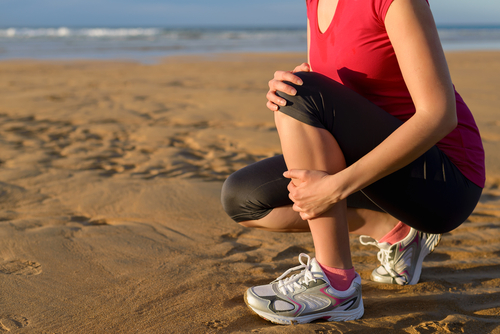 Thrombophilia is where the blood has an increased tendency to form clots.

It’s not a condition or a disorder itself, and is sometimes associated with blood clots (venous thromboses) that are caused by genetic changes (mutations).  This disorder predisposes a person in conditions such as pulmonary embolism and deep vein thrombosis.

When you cut yourself, the bleeding usually triggers a number of chemical reactions in the blood.

The chemical reactions cause a blood clot to form, which sticks to the injured part of the blood vessel along with blood cells called platelets.

However, in thrombophilia, there’s an imbalance in clotting chemicals and a person with the disorder either has too much clotting factor, or too little of the substance that prevents clotting.

The most common type of inherited thrombophilia, with 3-8% of Europeans having one copy of the factor V Leiden mutation in each cell, and about one in 5,000 people having two copies of the mutation.

If you have Factor V Leiden, your risk of developing a DVT is increased. There’s also a higher risk of blood clots breaking away from their original location and travelling to other areas of your body through your bloodstream.

This can be particularly serious if the blood clot becomes stuck in the main artery of your lungs (the pulmonary artery). This is known as pulmonary embolism and it can be life-threatening.

Prothrombin 20210 mutation, also known as Factor II mutation, is another genetic blood disorder that increases the risk of clots.

Prothrombin is a protein in the blood which helps it to clot (thicken). However, in some people, a mutation in the gene that produces prothrombin causes too much to be produced, resulting in an increased tendency for blood clots, such as DVTs, to form.

Protein C, protein S, and antithrombin are natural anticoagulants(substances that prevent the blood from clotting).

If you have low levels of these anticoagulants, or if they don’t work properly, your risk of developing a DVT or pulmonary embolism is increased.

Problems with protein C, protein S or antithrombin can be inherited but are rare.

Antiphospholipid syndrome, also known as Hughes syndrome, is an immune system disorder that increases the risk of blood clots.

Your body produces antibodies that attack phospholipids, a fat molecule thought to keep blood at the right consistency.

The antibodies bind to the phospholipids, increasing your risk of a blood clot developing in a vein or artery.

Thrombophilia is often mild and many people don’t experience any health problems. Symptoms will only occur if the disorder causes a blood clot.

People with thrombophilia are particularly at risk of developing a DVT.

Warning signs of a DVT include:

DVT usually, although not always, affects one leg. The pain may be worse when you bend your foot up towards your knee.

Part of the blood clot can sometimes break away and travel through the bloodstream. This is known as an embolism.

Embolisms can be dangerous if they become lodged in the lungs (pulmonary embolism). This is a serious and potentially life-threatening condition because it can prevent blood from reaching your lungs.

The symptoms of a pulmonary embolism are:

Thrombophilia is diagnosed by having blood tests weeks or months after your blood clot. The tests look for anticoagulant deficiencies. Before having the tests, you’ll usually have to wait until you’ve stopped taking anticoagulant medicine, such as warfarin, for four to six weeks.

If the blood test results indicate you have thrombophilia, you may be referred to a haematologist (a specialist in diagnosing and treating blood disorders).

Treatment may not be needed if you have mild thrombophilia.

If you develop a blood clot, you’ll need treatment for the blood clot and treatment to prevent further clots. You may need to take warfarin tablets or have an injection of heparin.

Warfarin and heparin are anticoagulants (anti-clotting medicine). They interfere with the clotting process and are commonly used to treat or prevent DVT and pulmonary embolisms.

If you need an anticoagulant to prevent a clot, you’ll be prescribed warfarin. It will take a few days to work properly.

If you need instant treatment for an existing clot, you’ll usually be given a heparin injection (which works straight away), as well as warfarin tablets for the first few days. The injection will either be given in hospital or at home.

A heparin injection may also be given to people with antiphospholipid syndrome, before and after surgery or during pregnancy. Unlike warfarin, heparin is safe to take in pregnancy.