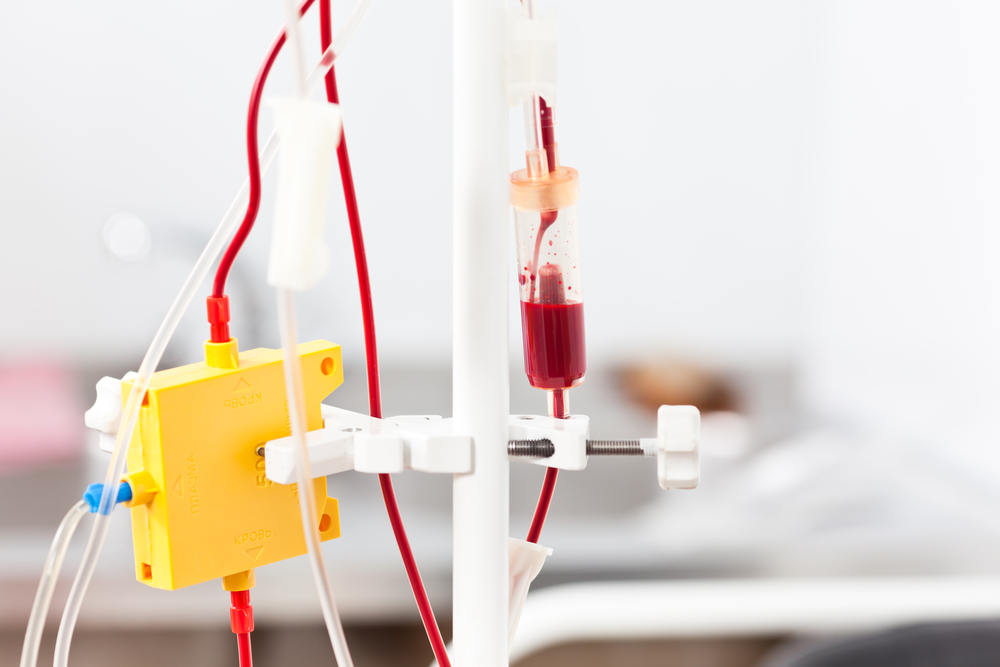 Plasmapheresis is the process by which plasma or the fluid component of your blood is separated from the blood cells. Saline, albumin, or treated plasma is substituted for the extracted plasma and is then returned to your body.

Your plasma can possess antibodies that attack your immune system if you’re sick. Using a machine, your plasma is removed and then replaced with a plasma substitute. This process of plasma exchange is similar to other medical procedures. Dialysis, the process of filtering the toxins out of your blood, is one example.

Plasma donation, where plasma is removed from your body and the blood cells are returned, is also a form of plasmapheresis.

There are three types of plasmapheresis which can be distinguished as the following:

Signs and symptoms of plasmapheresis will include:

Plasmapheresis is used to treat a myriad of autoimmune disorders, this includes:

Certain forms of neuropathy and complications of sickle cell anemia can also be treated by plasmapheresis.

During plasmapheresis donation, you will lay on a bunk. At that point, a needle or catheter will be set into a vein in the core of whichever arm has the most vigorous artery. Now and again, a catheter is put in the crotch or shoulder.

Substitution or returned plasma streams into your body through a second tube that is put in the arm or foot.

As per government guidelines, an individual can give plasma up to two times per week. Donation sessions normally take around an hour and a half.