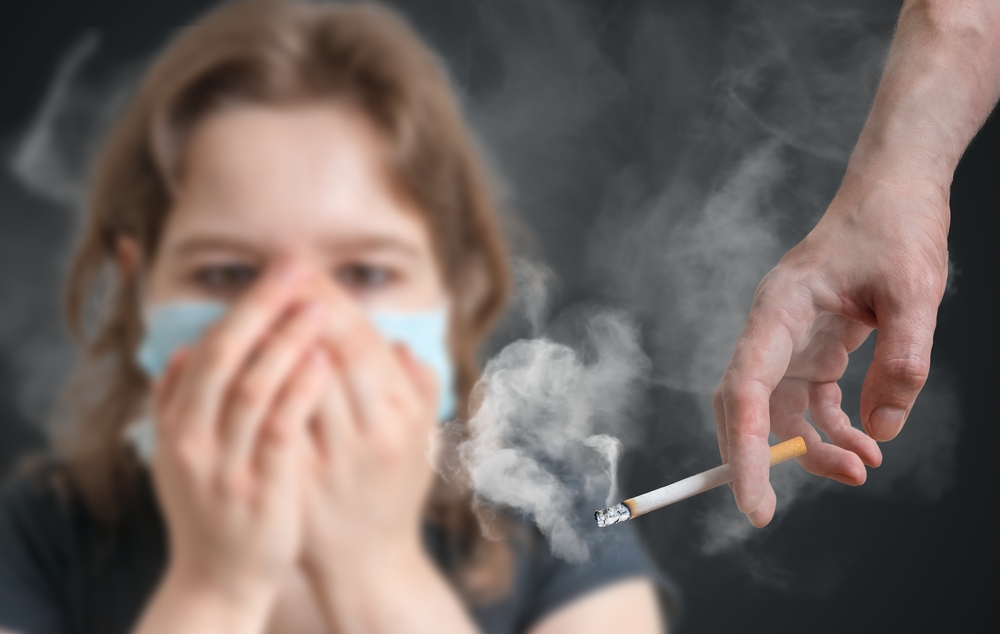 What is in the smoke?

Scientific studies show that there can be around 4,000 chemicals in cigarette smoke. They can also stick to clothes, hair, skin, walls and furniture.

Some of these chemicals are:

Passive smoking hurts eyes, noses, throats and lungs and makes people cough. In children, they are more likely to get illnesses like: