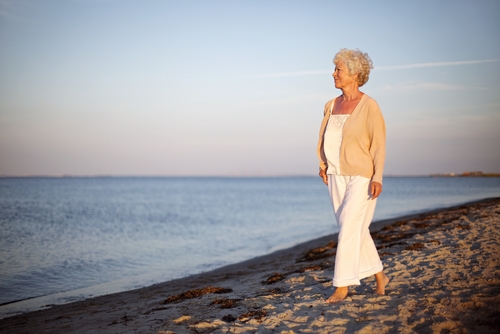 Parkinson’s disease is a neurodegenerative disorder, wherein deterioration of motor function develops gradually due to the loss of chemicals in the brain.  It is characterized by tremors, stiffness and slowing of movement.

Risk factors for Parkinson’s disease include:

Parkinson’s disease symptoms and signs may vary from person to person. Early signs may be mild and may go unnoticed. Symptoms often begin on one side of your body and usually remain worse on that side, even after symptoms begin to affect both sides.

Parkinson’s signs and symptoms may include:

Furthermore, making the diagnosis is even more difficult since there are currently no blood or lab tests available to diagnose the disease. Some tests, such as a CT Scan (computed tomography) or MRI (magnetic resonance imaging), may be used to rule out other disorders that cause similar symptoms.

Given these circumstances, a doctor may need to observe the patient over time to recognize signs of tremor and rigidity, and pair them with other characteristic symptoms. The treatment decisions made early in the illness can have profound implications on the long-term success of treatment.

Because the diagnosis is based on the doctor’s exam of the patient, it is very important that the doctor be experienced in evaluating and diagnosing patients with Parkinson’s disease.

Medicines are the most common treatment for Parkinson’s disease. The goal is to correct the shortage of the brain chemical dopamine, which causes the symptoms of Parkinson’s.

Medicines often improve symptoms, but they also may cause side effects. It may take some time to find the best combination of medicines for you.

Medications your doctor may prescribe include: