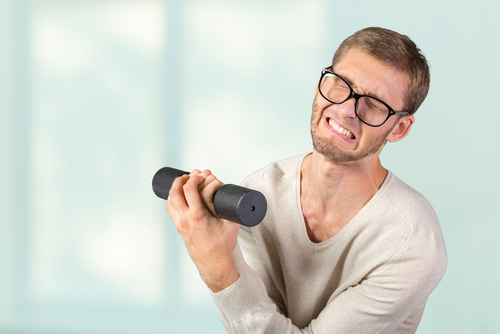 Myositis refers to any condition causing inflammation in muscles. Weakness, swelling, and pain are the most common myositis symptoms.

The main symptom of myositis is muscle weakness. The weakness may be noticeable or may only be found with testing. Muscle pain (myalgias) may or may not be present.

The weakness from myositis can lead to falls and make it difficult to get up from a chair or after a fall. Other symptoms that may be present with inflammatory conditions include:

A doctor may suspect myositis based on a person’s symptoms of muscle weakness or other evidence of myositis. Tests for myositis include:

Myositis treatment varies according to the cause.

Inflammatory conditions causing myositis may require treatment with drugs that suppress the immune system, including:

Although rhabdomyolysis rarely results from myositis, it can cause permanent kidney damage. People with rhabdomyolysis are hospitalized in order to receive continuous intravenous fluids in large amounts.