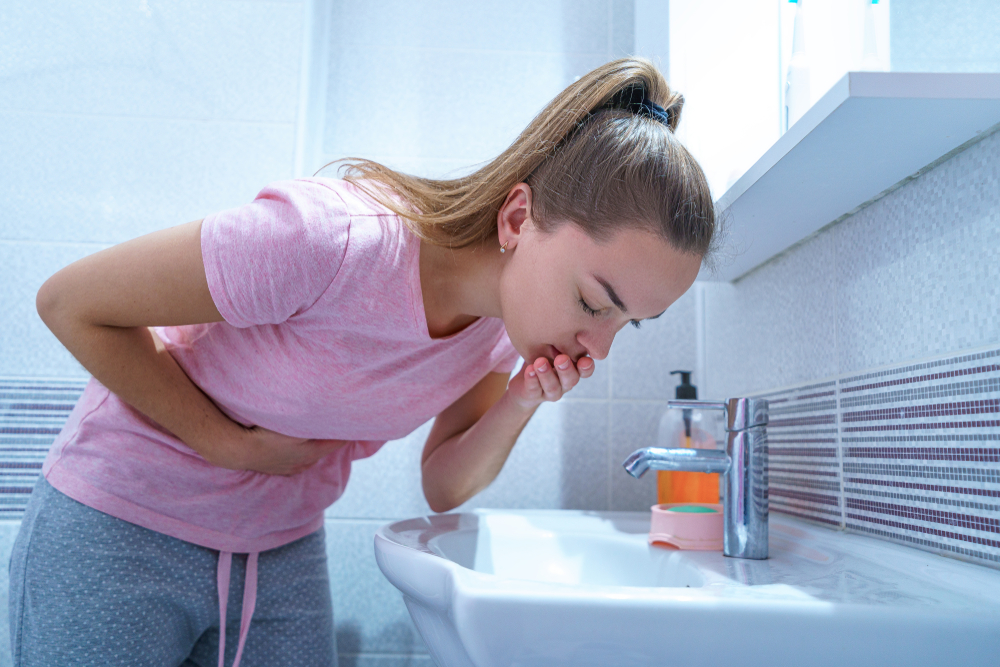 Fish poisoning ciguatera (CFP), also known as ciguatera, is an illness found in food. People obtain this illness from eating reef fish whose flesh is inflicted with certain toxins, such as ciguatoxins. These toxins come from benthic dinoflagellates of the genus Gambierdiscus, the majority of which grow along with macroalgae in coral reefs, both tropical and subtropical environments. The toxins are transported along with the food web when herbivorous fish consume the algae. The herbivorous fish is then consumed by the carnivorous kind, which becomes consumed by people, leading to the affliction of CFP.

The fish poisoning ciguatera is associated with these symptoms:

The GI type of symptoms consists of the following: Vomiting, diarrhea; abdominal pain; and nausea. They develop within 6 to 24 hours after consuming reef fish,to which one would describe as good-tasting. The symptoms usually dissolve in a span of one to four days.

Cardiac symptoms are also possible to occur, usually in the early levels of the disease process; these signs may include hypotension and bradycardia that might need urgent medical care.

Meanwhile, the neurologic symptoms, which in general manifests within the initial days of illness, often become more apparent after the GI symptoms, particularly in CFP from fish emerging from the Caribbean waters.

These symptoms differ among patients and include the following: numbness and tingling sensations in the extremities such as feet and hands (paresthesias) and oral areas; generalized itching (pruritus); muscle pain (myalgia); joint pain (arthralgia); and fatigue.

Numerous patients also report an alteration or “reversal” of their sense of hot and cold temperatures. They sense cold surfaces as hot while hot surfaces as cold, but not all patients report encountering this. If you are experiencing this kind of symptoms you must seek immediate help in any health clinic to avoid fatal incidents.

Neuropsychiatric symptoms in CFP may include: anxiety, depression; memory loss; hallucinations; and coma. These appear in Indian and Pacific Ocean regions only.

Currently, fish poisoning ciguatera can only be diagnosed according to the present symptoms, reef fish consumption, and excluding other illnesses that cause the symptoms.

The definitive diagnosis of CFP would include the affirmation of toxins in the consumed fish through proper laboratory methods. This being accompanied by screening multiple individuals who consumed the same fish, and checking if individuals experience signs, symptoms, time consistent with fish poisoning ciguatera.

There have been attempts to create various treatments that aim to counter symptoms of fish poisoning ciguatera. However, there has been a scarce amount of reliable, random, and controlled tests to discover the level of effectiveness of the treatments.

Mannitol, on the other hand, was previously used after one study claimed a reversal of symptoms. Succeeding studies in animals and reports on people also revealed benefits from mannitol. However, other studies concluded that mannitol does not show treatment; one patient showed total recovery 24 hours without taking any form of cure.