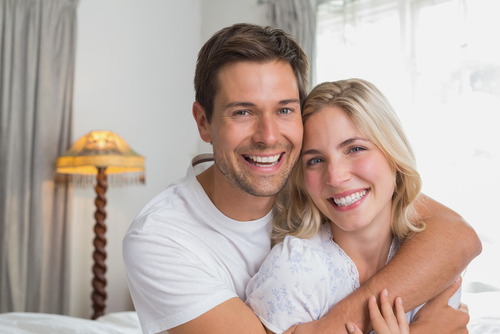 Contraception means prevention of pregnancy. There are different contraception methods. It is important to choose one that best meets your needs and circumstances.

Considerations when choosing contraception should include accurate information about:

These include birth control pills, stick-on patches, insertable vaginal rings, shots, and implants. You’ll need a prescription for them.

They use hormones, similar to the ones in your body, to stop the release of an egg so that it can’t get fertilized by sperm.

How well it works depends on how well you use it. Most people don’t use any method perfectly, all the time. Things happen!

With typical use, hormonal birth control is about 90% effective. But if used correctly all the time, it prevents pregnancy over 99% of the time. The implant is also about 99% effective.

If you decide to take a birth control pill, ask your doctor how long you should use another form of birth control until the pill takes effect.

As the name suggests, these create a barrier to keep sperm from reaching an egg. You can get most of them at a pharmacy with no prescription.

Male condoms are reliable and cheap. Latex condoms are a good choice. They’re durable and may be more effective against sexually transmitted diseases (STDs) than “natural” or “lambskin” condoms.

With typical use, the male condom is about 80% effective. If used perfectly every time, it prevents pregnancy 98% of the time.

A female condom is a thin, flexible, plastic tube that you would partially insert into your vagina, creating a barrier. Female condoms may also help against STDs. Female condoms are about 80% effective.

Other types of birth control work well in preventing pregnancy, but they don’t protect you from sexually transmitted diseases (STDs).

The sponge is another non-prescription option. It’s a small piece of foam, treated with spermicide, that you place high up in your vagina. It’s between 68% and 84% effective. You can also use spermicides — gels, creams, and foams — with other birth control or on their own. Alone, they’re about 70% effective.

A few options — like the diaphragm, cervical cap, and cervical shield — are available only by prescription. They’re rubber or silicone barriers that you place far up in your vagina. They’re about 90% effective in preventing pregnancy.

These are small, plastic devices that a doctor or nurse will insert into your uterus. The procedure is simple and quick, although a little uncomfortable. Once it’s in position, the IUD will protect you from pregnancy for a long time.

IUDs that use hormones are good for 5 years. The copper-T version — which uses copper, a natural sperm-killer — is good for up to 10 years. IUDs are about 99% effective in preventing pregnancy.

You shouldn’t consider this a form of regular birth control. It’s for use after unprotected sex or if your condom breaks. It can prevent pregnancy up to 3 to 5 days later, although the sooner you take it, the better.

Breastfeeding can be used as birth control when, after giving birth, a woman breastfeeds her baby exclusively. That means the baby does not drink anything besides breast milk. The act of breastfeeding naturally changes a woman’s hormones so that she does not become pregnant.

While a woman is continuously breastfeeding, her body does not make a hormone that is necessary for ovulation — the release of an egg from an ovary. Pregnancy cannot happen if an egg is not released.

Using breastfeeding as birth control can be effective for six months after delivery only if a woman:

Fertility awareness-based methods (FAMs) are ways to track ovulation — the release of an egg — in order to prevent pregnancy. Some people call FAMs “natural family planning.”

FAMs work by keeping sperm out of the vagina in the days near ovulation, when a woman is most fertile — most likely to become pregnant.

A man who uses withdrawal will pull his penis out of the vagina before ejaculation — the moment when semen spurts out of his penis. Withdrawal is also known as coitus interruptus and the pull out method.

Withdrawal may be the world’s oldest way to practice birth control. About 35 million couples worldwide rely on withdrawal.

Sterilization is a form of birth control. All sterilization procedures are meant to be permanent.

During a sterilization procedure, a health care provider closes or blocks a woman’s fallopian tubes. Closing the tubes can be done in several ways.

One way is by tying and cutting the tubes — this is called tubal ligation. The fallopian tubes also can be sealed using an instrument with an electrical current. They also can be closed with clips, clamps, or rings. Sometimes, a small piece of the tube is removed.

Sometimes, tiny inserts are put in the tubes. Tissue grows around them and blocks the tubes.

Vasectomy is a form of birth control for men that is meant to be permanent.

During vasectomy, a health care provider closes or blocks the tubes that carry sperm. When the tubes are closed, sperm cannot leave a man’s body and cause pregnancy.

Deciding which method suits you

Which method works best for you depends on a number of factors, including your age, whether you smoke, your medical and family history, and any medication you’re taking.