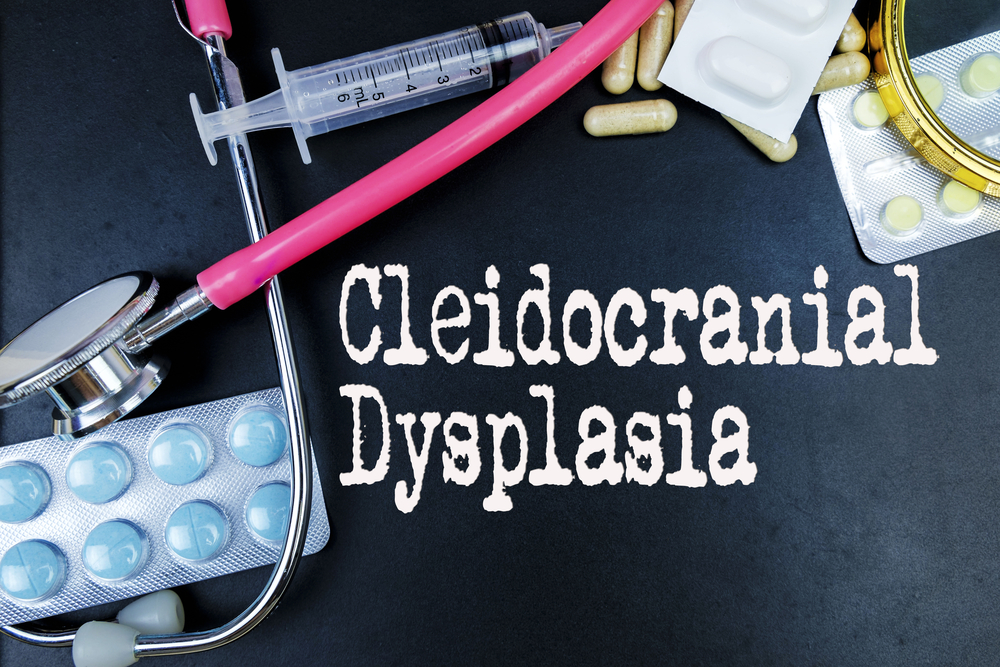 Cleidocranial dysplasia, also known as cleidocranial dysostosis, is a rare birth defect caused by genetic conditions that affect the teeth and bones. People with this condition have poorly developed bones, which may be formed differently or more fragile than normal.

The term cleidocranial comes from the two words: “cleido,” which means collarbone, and “cranial,” which means skull. The abnormalities of these two parts are the main features of cleidocranial dysplasia. Typically, persons with this condition have underdeveloped collarbones, which may also be absent in some cases. Due to these abnormalities, the shoulders become narrow and sloping and appear to be unusually close together. In some cases, the shoulders did meet each other in the middle of the body. When it comes to the skull, delay in the development of its closing is expected since the growth lines where the bones of the skull meet are affected. Also, the fontanelles or the soft spots on the infants’ heads remain open throughout the life of the person with cleidocranial dysplasia. Normally, these fontanelles close during early childhood. Dental abnormalities are also one of the main features of cleidocranial dysplasia.

According to studies, this rare condition occurs in 1 per million individuals worldwide.

To accurately diagnose cleidocranial dysplasia, the patient with bone abnormalities will undergo imaging tests, including a series of X-rays of the whole skeleton and dental x-rays. A genetic test for the RUNX2 gene will also be conducted to help with the diagnosis.

The treatment for cleidocranial dysplasia varies depending on its severity and how it affects the patient. It is most likely that the patient must undergo several orthopedic and dental procedures to improve their well-being. It involves several reconstructive surgeries, such as:

The patients will also be advised to take calcium and vitamin D supplements to help strengthen their bones.