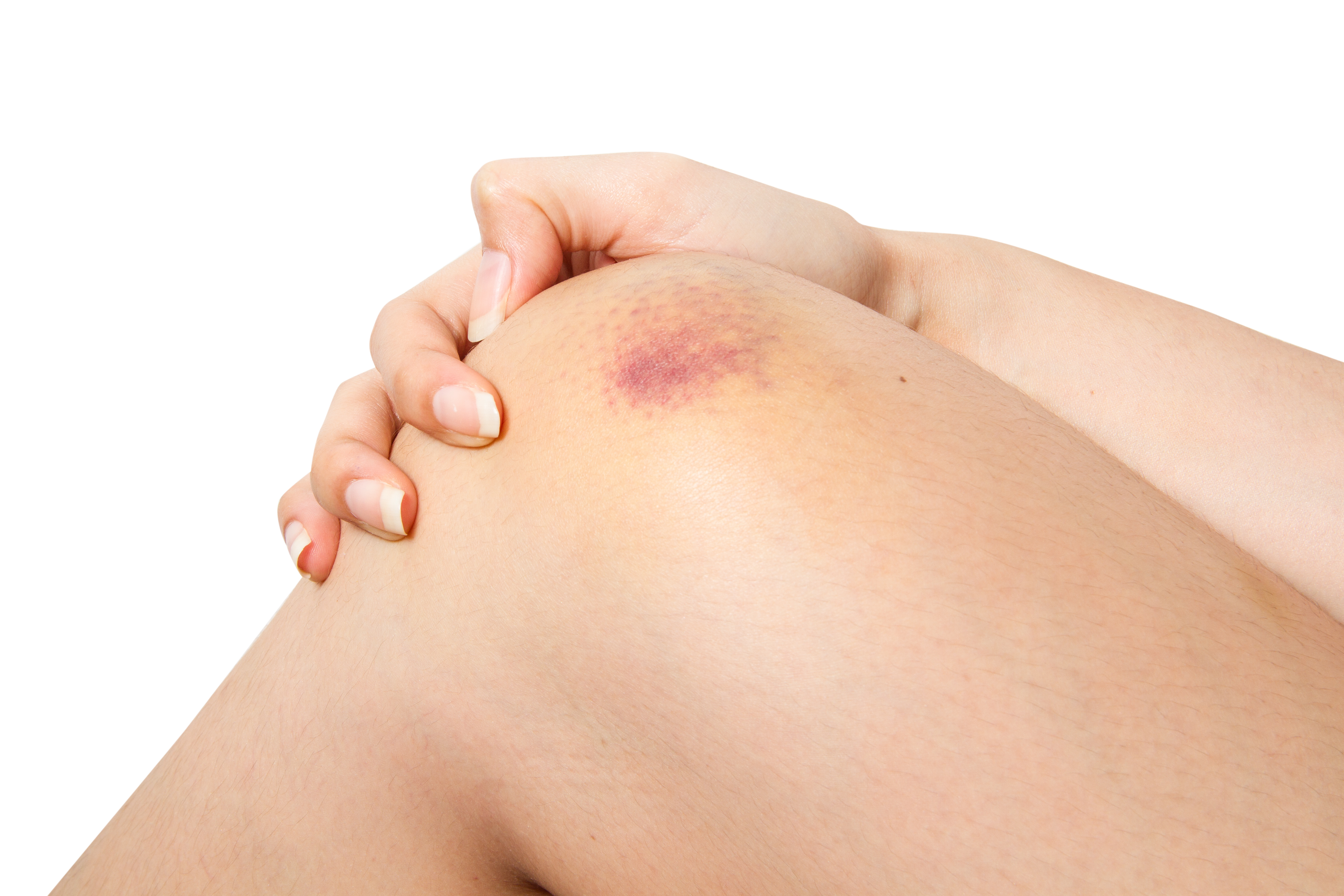 A bruise is a common skin injury that results in a discoloration of the skin.  Medically, it is known as a contusion.  It occurs when tiny blood vessels are damaged or broken as the result of trauma to the skin.  The raised area of a bump or bruise is caused by leaking from these injured blood vessels into the tissues as well the body’s response to the injury.

Causes of a Bruise

People typically get bruises when they bump into something or when something bumps into them.

Symptoms of a Bruise

Bruises change in appearance over time, and it may be possible to tell by looking at a bruise how old it is. When it first appears, a bruise will be reddish looking, reflecting the color of the blood in the skin. By one to two days, the reddish iron from the blood undergoes a change and the bruise will appear blue or purple. By day six, the color changes to green and by day eight to nine, the bruise will appear yellowish-brown. In general, the bruised area will be repaired by the body in two to three weeks after which the skin will return to normal.

If an injury is obviously a bruise and the doctor does not suspect any broken bones, the doctor will probably not perform any tests.

The treatment for a bruise is most effective right after the injury, while the bruise is still reddish.