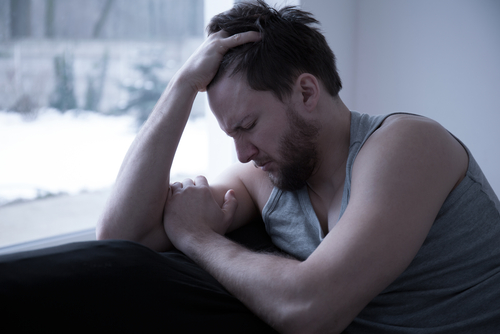 Blood is meant to be circulated by the heart through blood vessels to supply the body’s organs with oxygen and nutrients (circulatory system). These blood vessels include arteries, veins, and capillaries. When the integrity of the blood vessel wall is damaged, there is a clotting mechanism in place to repair the damage and minimize the amount of blood that leaves the injured blood vessel.

Bleeding, also known as hemorrhage, is blood escaping from the circulatory system. It is caused either by traumatic injury, underlying medical condition, or a combination.

Symptoms include blood coming from an open wound and bruising. Bleeding can also cause shock, which may include any of the following symptoms:

Symptoms of internal bleeding may include:

Blood coming from a natural opening in the body may also be a sign of internal bleeding. These symptoms include:

External bleeding is usually easy to recognize. A laceration of the skin bleeds, a person may cough or vomit blood, or a woman develops vaginal bleeding.

The diagnosis for internal bleeding begins with the health care practitioner taking a history and performing a physical examination on the patient. The situation and the source of the bleeding will focus the testing strategy on the part of the body that may be involved with the bleeding. Sometimes the direction of diagnosis is self evident; a motor vehicle crash victim who complains of abdominal pain will have attention directed to the abdomen. Sometimes it is less evident. A confused patient may have issues with bleeding in the brain, or may be so anemic (decreased red blood cell count) from blood loss elsewhere, that the brain is not getting enough oxygen and nutrients to function properly.

Blood tests may include:

Diagnostic imaging tests such as X-rays, Doppler ultrasound, and CT scan may be used depending upon the suspected underlying medical problem associated with the internal bleeding.

Computerized tomography (CT scan) is the primary tool used in emergency situations to access for bleeding or swelling in the brain. In a small fraction of patients who have bleeding from a ruptured cerebral aneurysm (a blood vessel that leaks in the brain), the CT will initially be normal and a lumbar puncture may be performed to help make the diagnosis.

CT scan is also one of the tests that can be performed to access for bleeding within the abdomen and chest. It is especially helpful in trauma to look for bleeding from the solid organs of the abdomen like the liver, spleen, and kidney. It is ideal for evaluating the retroperitoneal space for bleeding and can also evaluate fractures of the pelvis and spine.

In cases of potential bleeding from a major blood vessel, CT angiography may be considered to look for a specific blood vessel that is bleeding.

Ultrasound may be used to look for sources of bleeding, most often where there is an obstetric or gynecologic source of bleeding.

Endoscopy, colonoscopy, and anoscopy are used to look for sources of bleeding in the gastrointestinal tract. Using a flexible scope with an attached camera, a gastroenterologist may look into the stomach and intestine, rectum, and colon to find the source of bleeding. Using the same instrument, cautery (electricity used to coagulate or cauterize a blood vessel) may stop the bleeding if the source is found.

First aid is appropriate for external bleeding. If bleeding is severe, or if you think there is internal bleeding, or the person is in shock, get emergency help.

Initial treatment of internal bleeding will include stabilizing the patient, meaning that the ABCs of resuscitation take priority for the care provider.

A: Airway. Patients with altered or decreased mental status may not be awake enough to breathe on their own.

B: Breathing. Even if the airway is open, the lungs may not adequately be functioning and the patient may need help with their breathing so oxygen can be transferred from the lungs to the bloodstream.

C: Circulation. The body requires blood to circulate to all its cells to provide oxygen and nutrients and to remove waste products. Treatment is aimed to maintain blood pressure and circulation. Often intravenous fluids only are required. Sometimes blood transfusion is needed. A few patients will require immediate transfusions with universal donor blood (type “O negative” blood).

Once the acute situation has resolved, treatment will be aimed at correcting the underlying cause of the bleeding and to prevention of future episodes.